The cast of Plains High School's performance of "A Little Piece of Heaven." (Tracy Scott/Valley Press)

Directed by Terri Henry and took place at the Plains High School for two nights on Jan 27 and 28.

The play centered around the tragedy of losing a person you hold close to and how to deal with the loss.

"A Little Piece of Heaven" is a story about a very odd couple that owned a curiosity shop where lost items and their owners were reunited after many years and where friendships were forged, and hearts were healed.

Cast member Alex Horodyski, playing Jared Havens, brought his character to life with his fear of achieving the dreaded age of 50. While cast members Aubrey Tulloch, playing Lily Adair, and Dowson Brown playing Michael Cain, showed how two people came together and shared their memories of those they have lost.

The outstanding performance was enjoyed by all in attendance. 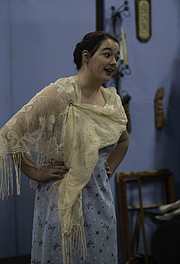 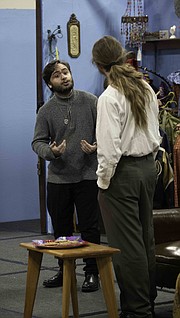 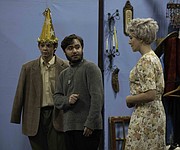 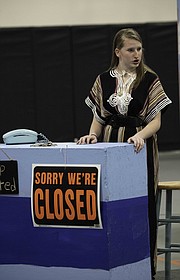 The cast of Plains High School's performance of "A Little Piece of Heaven." (Tracy Scott/Valley Press)