He was widely-skilled and hardworking, logging the Montana mountains alongside his dad, working road construction all over western Montana, and as a certified blaster, his favorite part was “blowing shit up!”

He eventually moved to Greenriver, Wyoming, where he worked at and retired from the FMC Mine. He and his wife, Mary, later settled in St. Regis, a longtime dream come true for them.

In his younger years, you could often find him on the back of a motorcycle or in one of his Trans-Ams. Bob loved hunting, fishing, camping or anything outdoors. As he got older, he liked working on his jeep and taking it off-roading with Mary.

During retirement, the two of them enjoyed their side-by-side adventures with their friends, a.k.a. St. Regis Family!

Bob and Mary both had a love for Yorkies and over the years had several who were not just dogs, but babies to them. Bob loved jokes and could visit for hours, telling stories and even “tall tales”…always in good fun! Bob was the biggest teddy bear you ever met, but would fiercely protect family and friends, like a grizzly, if need be. He was loved by many and not easily forgotten.

Bob was preceded in death by his wife, Mary McGee, of 30 plus years; brother, Johnny McGee; grandson, Jesse Hancock; and multiple fur babies.

Per Bob’s request, no services will be held since he was a no-fuss-about kind of guy. However, we do ask that in his memory, you share stories that you have about him and have lots of laughs ;)“Dad always loved eagles, now he gets to soar on their wings! We LOVE you and will miss you so much.” 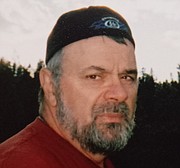